Welcome to another edition of Who’s the Best Commentor.  This edition will feature some new improvements over previous editions, spurred on by some dialogue I had earlier today. 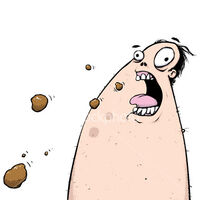 1. * Denotes an Assumed Negative Score of 40

Then I decided to take heed to the time involved in commenting. The following represents scores based on days as a user, therefore effectively describing who’s actually been commenting the most. I have not ordered this beyond the composite score.

Finally, I wanted to come up with a way to remove the factor of over-commenting to discover who was commenting most effectively. Therefore I created contribution factor, which represents your comments per day by your composite score. And then the effectiveness factor, which removes your total comments per day, hence the number of positive things you say regardless of over-commenting.

Congrats to Falcon02520 for having the highest effective rating.