ArmchairGM Wiki
Register
Don't have an account?
Sign In
Advertisement
in: Opinions, Opinions by User Afraidofedhochuli, June 27, 2008,
and 20 more

Friday… a day of finishing up those excess jobs, tying up loose ends and then closing up the doors for the weekend. It should also be the day that you are able to have a little fun as you show up to work in your t-shirt and tennis shoes.

We here at The Hoch love Fridays, and even though we have a hard time keeping your favorite sports news up to date on Fridays, we are always here with an ear to the ground and our heads in the clouds.

Wow… how poetic. Well, either way, I was sitting here on my lunch break wondering about what I should give you on one of the nicest days Seattle has seen. (This has nothing to do with the NBA Draft…) I came up with my sort of a "Baseball Midseason Fun" article.

We all know that the large bulk of the votes come from "Homers" who just want to see their favorite player in the game; it isn’t all merit based. So, here is what I think the MLB All-Star game rosters should look like based on performance not popularity (sorry Red Sox fans). This will be in two parts. I am doing these mainly the following offensive stats (since that’s what most fans look at). Runs Batted In (RBI), Home Runs (HR), On-Base Percentage (OBP) and Batting Average (BA). Not all will be use to find the player, because if a guy leads in two of the stats, he should be in no matter what.

American League or: How I Learned to Stop Worrying and Love the Designated Hitter

Morneau leads all AL 1st basemen with a batting average of .310, and is third in HRs with 12. But where he really stands out are his RBI numbers. He is currently CRUSHING the other 1st basemen with 62. Kevin Youkilis is the next in line with 47. 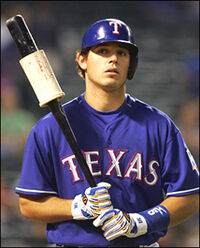 Kinsler needs to be in the All-star game this season. He is second among AL 2nd basemen with an average of .308, but is leading with 48 RBIs and has 12 HRs - 4 more then the next guy.

The sad thing is that he has no chance to go to the game with the Yankees and Alex Rodriguez or the Red Sox and Mike Lowell. The two of them lead his .270 batting average, yet trail him in RBIs and HRs. Where he fails (even though no one looks at this) is fielding. He is last in Errors (14). 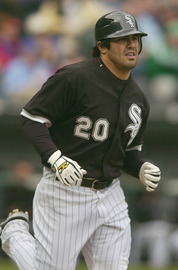 As a Mariners fan, I am tired of typing the word Texas, but the AL roster really should be a who’s who of people getting their lives together. Hamilton was a Triple-Crown leader for a while. Now he is just 2 average points back on his average. Yet, he is still leading all of the MLB in RBIs with a whopping 76 (on pace for 153.9).

Wow… this is so painful. I ran the same formula as with the shortstops and it told me that Drew was the most deserving (followed by Magglio Ordonez and Jermaine Dye respectively). Drew was 5th in RBI (45), 2nd in HRs (14), 1st in BA (.308), and 1st in OBP (.414) of all AL RF. Did you think we would be saying this at this point last season?

This fella just keeps hurling and may be the brightest, shining area on the Toronto team. 6th in ERA (3.12), 6th in Wins (8), 1st in innings pitched (121.1), and 2nd in strikeouts (100). As much as I feel that Felix Hernandez deserves the nod, but based on Wins (he plays for the Mariners…) he gets bumped WAYYYYY down. 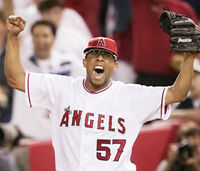 You have to pick a closer by saves and ERA…but what about Innings Pitched, Strike Outs, Etc? This is why it is hard to choose between Rodriguez and George Sherrill. K-Rod wins with saves (31-26) and ERA (2.06-3.09), but they have both pitched 35.0 Innings and Sherrill has 2 more K’s (Strike Outs). Yes, K-Rod wins, but you have to take into account Sherrill’s playing for Baltimore (See: Felix Hernandez).

That is that. I will get you the National League as soon as I can as well.