ArmchairGM Wiki
Register
Don't have an account?
Sign In
Advertisement
in: Opinions, Opinions by User DNL, March 25, 2008,
and 3 more

This article needs no introduction other than this:

Everyone loves robots. Everyone loves baseball. Kind of like chocolate and peanut butter, the two should be better when combined.

Turns out, it is.

But let's face it, he's the perfect catcher. 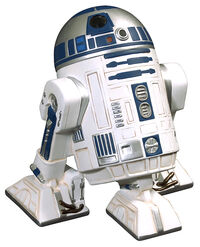 Call it the Tatum O'Neill rule -- you know, from Bad News Bears? Whenever you have a weird theme team, the pitcher has to be a pre-pubescent girl. Just how it works.

Anyway, check out the arm action at around the 30 second mark here:

Sorry for the Barbie Girl crap there, but you get the point -- 250 mile per hour fastballs, here we come. And she's a lefty!

First Base: Rosie from The Jetsons

Defensively, she can't be worse than Mike Piazza. Offensively, she has to be better than J.T. Snow. And at least she'll do your laundry.

Almost all second baseman have the following five qualities: 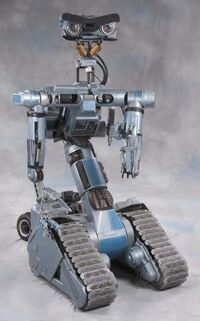 Johnny 5 is very curious and inquisitive with an almost insatiable thirst for "input" of just about any kind, but he is especially fond of books and television. While he started life as a military prototype he has a great respect for life and refuses to use his capabilities to harm others, even when they have no such compunctions towards him. He is very intelligent and inventive with an encyclopedic knowledge, but can be quite naive and child-like at times and can be too eager to trust people that he shouldn’t. His innocent nature has been taken advantage of on several occasions.

I'm not sure if Voltron is a robot. But if he is, he's the perfect fit. For some strange reason, he starts off in Lion form, which is normally really dumb, but as a short stop, it really helps him cover the ground. Sven (until he's captured, then it's Princess Allura) goes one way, Pidge goes another, Hunk a third -- nothing's getting through the hole here!

And then, when Zarkon appears or, more likely, when it's time to to go to bat? 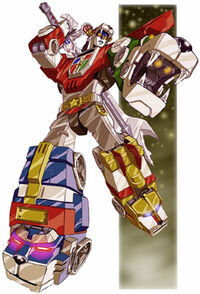 Voltron, Defender of the Universe, and the Left Side of the Infield. 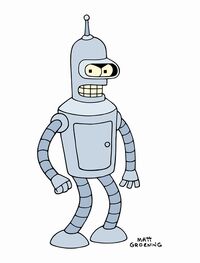 Third base, AKA the hot corner, has a lot of quickly-hit ground balls sent its way. So you need a guy manning the post who probably wants to kill himself anyway, or at least knows how to bury his sorrows. That's Bender, the alcoholic, whore-mongering (watch out Jude Law!), chain-smoking gambler from Futurama. He's a bender, so people will think twice about taking a big lead off third, lest he twist your leg into a new shape. Oh, and he's voiced by some guy named John DiMaggio, who probably isn't realted to Joe (or even Dom), but close enough. 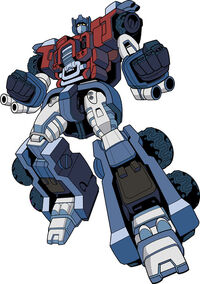 He's probably taller than any outfield fence. He also stands right near the bullpen in most stadiums, so if there's a bench-clearing brawl, those pansy-ass relievers are going to stay home instead of get stomped by the O.P.

When he gets a hit that's not a homer -- well, that's basically never, unless he's low on energon cubes -- he'll transform (chick-a-koo-ka-chick) into a truck, his trailer will magically appear, and he'll zoom around the bases at 100 mph, squashing David Eckstein in his path. 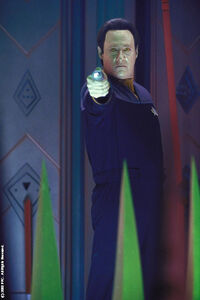 Look, we all know he's a great left fielder who mashes homers, takes walks, and at times, can steal a base. The question: is he a robot? Well, obviously. 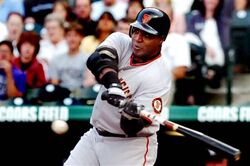 Heck, he's basically the Borg, minus the laser eye thing. 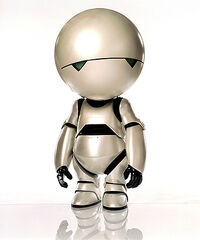 If Lt. Commander (now Commander) Data weren't playing, or if we still were in the era of player-managers, then Marvin would be the pitching coach or the Don Zimmer-like "bench coach", the curmudgeonly briliant turd that sits on the bench, tells everyone what they're doing wrong, but really can't get themselves to do anything other than sulk. A genius by any measure, Marvin is so full of hate and disdain for life that you can't help but love him and his huge robot head. Kind of like Larry Bowa, now that I think about it, except for the fact that I can't stand that asshole.