ArmchairGM Wiki
Register
Don't have an account?
Sign In
Advertisement
in: Opinions, Opinions by User Davis21wylie, January 28, 2008,
and 15 more 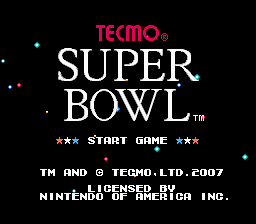 Are you tired of the two-week-long Super Bowl hypefest? Don't care who Tom Brady brought flowers to, or what he was wearing on his foot? Do you just wish they would play the freakin' game already? You do? Glad to hear it, because I'm going to run a COM-vs-COM sim of the game ahead of time using Tecmo Super Bowl. In all of its 8-bit glory, you can thrill to the game before the game -- and best of all, no sycophantic media day, no incessant ESPN overanalysis, no lame halftime shows... oh, wait, this is Tecmo. There are lame halftime shows. But other than that, it's pure football action! Are you ready for Tecmo Super Bowl XLII? I know I am!

Okay, it's finally time for the Super Bowl. As we all know by now, Tecmo called both conference championship games correctly, including Eil and the Giants' big upset at Lambeau... But will it predict the winner in the biggest game of them all? Well, for each game I'll tell you what Tecmo's simulated score was, and also what I think the outcome will be -- as always, I make no guarantees as to the accuracy of either. Accompanying each game is the "Matchup Breakdown" chart, which is based on a percentile ranking of each team using Football Outsiders' DVOA metric -- remember, it is a measure of a team's real-life strengths and weaknesses, and has nothing to do with Tecmo per se. But I thought it would be cool to include nonetheless. Enjoy the Super Bowl, and I'll warn you, it's the most epic game ever. Seriously. 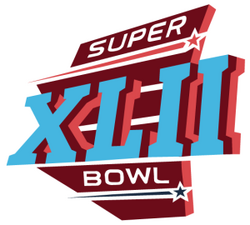 Because Pean loves the drama, Click here for the game summary.