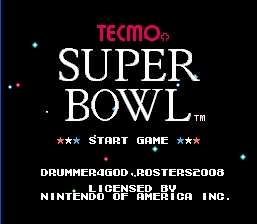 Welp, another week, another 1-3 showing by Tecmo. Like one commenter said, you could probably make some money betting against the results of these COM-vs-COM simulations at this point... Even so, it's all in good fun, so we're going to keep cranking them out anyway.

Okay, now get ready to wager heavily against these predictions...

at University of Phoenix Stadium, Glendale, Arizona
First Half 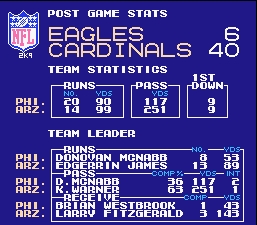 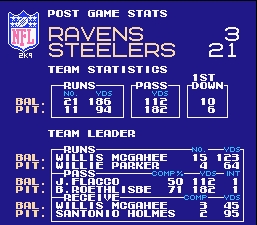 Retrieved from "https://armchairgm.fandom.com/wiki/Article:Tecmo-izing_The_%2709_Playoffs:_Conference_Championships?oldid=139814"
Community content is available under CC-BY-SA unless otherwise noted.