ArmchairGM Wiki
Register
Don't have an account?
Sign In
Advertisement
in: Opinions, Opinions by User Ibearg, April 14, 2008,
and 6 more

Article:Replay in Baseball: Get Your Head Out Your Arse and Use It 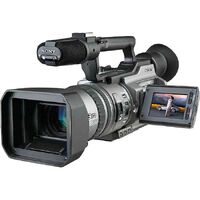 On ESPN, Jayson Stark is having a chat about whether replay should be used in baseball. Despite the fact that all the other major sports use replay effectively in some fashion or another as you well know baseball refuses to use it at all. The argument for in favor of replay is fairly simply, those who want to institute it would basically like to get calls right. I don’t see any merit in getting calls wrong, so unless there’s a compelling reason not to get the calls right I say use replay.

The arguments against replay are many, but basically, well… dumb. One argument is that replay will slow down the game. People argue that baseball is already a slow game, we can’t be going over to a replay booth to check every close call. That’s a valid, but again stupid argument. Why? Well for two reasons really…

1) no one is arguing we should replay every play. Balls and strikes will always be the umpire’s discretion. Certainly one could argue a system like ques tec or k zone would do a better job, but no one is arguing for it to be used for anything other than an evaluative tool. Some people would argue replay should be used for all close safe-out calls, but I won’t even argue for that. I’m simply arguing that on easy to review calls like whether a ball was fair or foul and whether a ball was trapped or not we can go to an upstairs umpire who probably won’t need more than one look at the play and can radio down with his decision.

2) In addition to it not being used on every play it will not in any significant way slow down the game. What happens when there’s a close play like a fair or foul home run? Often times the umpires will gather together discuss it and may or may not reverse the decision. Based on whether they reverse the decision or not one of the managers will come out there and discuss/yell about it. Let’s say the umpires discuss the call for 1 ½ minutes and then the manager comes out for another 2-5 minutes, that’s somewhere between 3 ½ - 6 ½ minutes for a close call. Instead of that couldn’t we just review the play for 2-3 minutes tops. We could probably have a good 3-4 replays per game in the same time span as one challenged call.

The other argument against replay is it takes out the “human element” of the game. I for one don’t even really know what that really means, or why it’s so sacred, but I understand that it’s important for the purists. I’ll make a similar argument against this misguided view in saying that there’s still a significant portion of calls (like balls and strikes) that will never be up for replay. So even with the most liberal use of replay there will still be the "human element."

But again I question what’s so sacred about the human element? Baseball like every other sport needs to progress over time. They used to have storm drains in centerfield that severely affected the careers of players like Mickey Mantle who got caught up in them and got injured. New technology came along and they no longer need to put storm drains on the field, is anyone upset about that? Let’s go back in time further; they used to wear no gloves at all or if they wore gloves it was barely larger than their hands. Now outfielders wear gloves large enough for a small baby to sleep in. Again, where’s the complaining about that?

Technology is not a bad thing and it’s time for baseball to give it a shot. Lets try it out see where it works and were it doesn’t. I think most people would argue inter-league play and the wild card have been good for baseball and I think they’ll realize if replay is instituted it’s good for the game too.