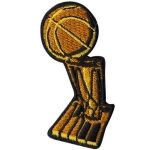 Game 1 of the NBA Finals certainly didn’t disappoint.  There’s much to be covered though, between some burning questions and some general thoughts.

Overall, what a great basketball game.  The shooting in the fourth quarter was definitely subpar, but the first half of basketball was really pretty.  The third quarter was full of drama, and the fourth was completely nail biting because neither team could do enough.  The Lakers couldn’t do enough to get completely back in the game, and the Celtics couldn’t do enough to completely put it away, until KG’s put back dunk of course.

And what a dunk that was.  I couldn’t help myself, I screamed.  I just yelled.  My neighbors actually tell me they like it because they know how the Celtics are doing and they don’t need to be watching the entire time.

Anyone who thinks Peirce was faking doesn’t know Paul Peirce, plain and simple.  I don’t care who you are.

Is the Celtics’ defense that much better than San Antonio’s?  San Antonio basically decided to use the plan that worked for the Celtics in the regular season, only they couldn’t do it.  That prompted me to wonder about 10,000 times over the past week if the Celtics would try something different.  They didn’t, and Kobe didn’t hit his jumpshots, again.

What is the difference between “Wipeout” and “I Survived a Japanese Game Show”?

I like to imagine that the producers have a mute button for Jeff Van Gundy for when he gets a little out of control, only they never told anyone about it.  I also suspect they’re getting Mark Jackson’s button ready.  Two direct quotes: “I’ll take great offense over great defense every time”.  That’s not even worth a comment.  The other: “Kobe is as good as MJ was”.  This was especially hilarious because ABC then showed their stats side by side, and Jordan’s 30 points per game against the old rules compared to Kobe’s modern 25 was laughable.

What a hassle for Sam Cassel to get in the game.  It takes him about five minutes to undo his 85 backwraps and take off about 10 shirts, then Rondo hits an open jumper and he has to put it all back on again.

It’s nice to see Eddie House was able afford a jersey for his kid, as opposed to that XXXL tee shirt he’s been wearing for the playoffs.

Does anyone know if Vujacic uses a headband, or is that actually his hair, but it’s gelled down?  If its gel, do you think a company might want to consider using him for an endorsement?  (I don’t)

What was the difference between Paul Peirce’s 4 point play last night, and the one against Detroit?  Answer: Nothing, except the call that was made.

The length of these TV timeouts is staggering.  It’s hard enough being so tense the whole game, but the 5 minute breaks give my body time to relax before tensing up again during the game, and I’m not even playing!

Apparently girls like Luke Walton.  This was news to me.  (I’m not sure I can name many other players that “girls like”, but for some reason I found Luke Walton to be surprising).

The Celtics have proven they can win this series (which sounds funny, seeing as they had the best record in basketball this year) by winning game 1, but if Paul Peirce is at less than 85%, this is going to be painful.  He shot well, but didn’t drive at all, and he’s been living of his mid range game this whole playoffs.  If he’s not cutting well, his man will be able to help off and double on KG, who could average 40 this series if he wanted.

Either way, the anticipation for Game 2 is so high, and the whole extent of Peirce’s injury debate is just building it.  Will he run okay?  Will he be able to post up?  Not to mention everything else: will the Lakers go cold again?  Will Kobe get fed up with this shortly?  Will the Boston D keep it up?  Will KG’s body spontaneously combust from pure intensity?  All I know is I’m not missing a second of Game 2, not for anything.