ArmchairGM Wiki
Register
Don't have an account?
Sign In
Advertisement
in: Opinions, Opinions by User Rawbeezeitz, January 18, 2008,
and 11 more

Not surprisingly, the Patriots were given the Saturday night slot for their AFC Divisional Playoff game. Night games mean drunkenness. Drunkenness means rowdiness. And Saturday night was no exception.

It was in the mid 30s, so standing around during pre-game warm-ups was a bit chilly. Then they put the Green Bay game on the jumbotron. Watching the Seahawks and Packers slip and slide in the snow warmed me up. I felt pity for those poor S.O.B.s that were doing my job at Lambeau Field.

About 90 minutes before kickoff, Donald Trump’s helicopter made a Donald Trump style entrance into the Stadium’s airspace, buzzing right over the south end zone, back behind the jumbotron and onto the practice field. 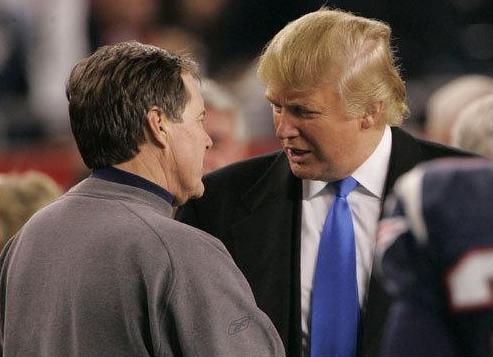 The first quarter was relatively uneventful. We had people patrolling the Red Line, keeping the standing room people (SROs) at bay. The fans were all jovial and calm. But there were two people on my ADA (Americans with Disabilities Act) platform who were causing some trouble.

Sometimes people who aren’t disabled have tickets to the ADA platform. They usually buy them on eBay. I had two guys, early 20s, who were giving me a headache. They just wouldn’t sit down. They blocked the view of the standing room people, who were behaving nicely until agitated by these two punks.

So the SROs would yell at the two guys. And the guys, being douchebags, would yell back. It was antagonistic stuff like “I bet you wish you had these seats.” Technically, they could stand if they wanted to, but there wasn’t any reason for them to do so. The ADA platform is sufficiently elevated so that even if people in the last row of regular seats are standing, you can still see the field. After all, it was designed for people in wheelchairs. So I told the guys that it would help me out a great deal if they sat down.

A few minutes later, I glanced over at them, and spotted one drinking from a Busch Light can. Well we don’t sell Busch Light. And we don’t sell cans of anything. So I took the can from him and threw it out. I did this in full view of the SROs to make them smile a little bit. Eventually, the two punks would lose their buzz, and their energy, settling in for the rest of the game. Or so we thought.

A patron ran up to me and informed me of a man passed out on the concrete. So I ran over to investigate, paging my supervisor at the same time. The cops arrived just as I did, hauling the man up to his feet. He was stinking drunk. God knows how he even made it through the gates.

But at the same time, there was another man on the ground, two sections down from me. That was a much more serious situation. He had taken a punch to the nose, and slammed his head on the concrete, cracking his skull. Thankfully, my friend was working over there, and she’s seen it all, so she calmly kept the area clear for the EMTs and the police. Last I heard, the man was in a coma. From all the blood that was pooling, he’s lucky to be alive.

After that, everything just seemed trivial and extra stupid. Every near fight and scuffle seemed extra moronic to me. Fighting is necessary once and awhile, but not over the meaningless crap people fight about at a football game.

I got put on break, but I didn’t really trust my replacement. He just seemed, I don’t know, off. He kept asking about the little pager device we wear around our necks. He really really wanted it, the way a 2 year old really really wants that shiny dangly thing around his mother‘s neck. So I took the fastest break I’ve ever taken at Gillette. I left with 7:00 on the 2nd quarter clock, and came back with 0:09 left before half-time. I spent more time walking to and from break then actually being on break. I didn’t even sit down to eat my sandwich.

In the 3rd quarter, I got in between two guys who were ready to go at it. See, The Red Line that SROs have to stay behind juts out at the aisle. Even though the line continues across, people aren’t allowed to block the aisle. This causes a great deal of philosophical arguments. Even though there is a Red Line, and that’s where SROs are supposed to stand, the Red Line jutting out doesn’t really exist. This crudely drawn picture illustrates the problem: 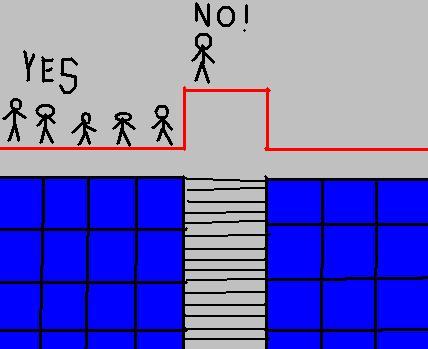 I’m always amazed at the general stupidity of people. They see a patch where nobody is standing right in the middle of two packs of people bunched together. Instead of thinking “Since no one else is standing there, I probably can’t stand there,” people think “Wow! A place to stand!”

So this ticket holder navigates through a group of guys who thought they could stand in the way of the aisle. At the same time, I tell these guys to keep a path clear. This brings the tired old argument “I’m just trying to watch the game.” But the ticket holder has to have the last word in. He barks at one of the guys, telling him to move.

Now we enter the next level of stupidity: the Whose is Bigger level. The two start yelling at each other. I get in between them, telling the ticket holder to move along, and the guys blocking him to move aside. But the ticket holder was in the wrong section, so a few seconds later he tries to exit the aisle, but is once again blocked. This induces the high school shoulder bump as he passes the blocking guy. Now all hell is about to break lose, but I calm the blocker down and basically say that if he does anything or says anything more, he’s gone.

With 4 minutes left in the 4th, the two able bodied guys in my ADA section decide to once again stand. They had previously run out of gas, one of them even fell asleep in his chair. But with the game entering its decisive stage, they were back to being inconsiderate pricks.

So as these two guys are standing, the people behind them yell for them to sit. Then one of the guys takes a stroll over to an SRO, guy about the same age. At the same time, one of the girls working my section is standing next to them. The ADA guy extends his arm for a handshake. The SRO extends his. But the ADA guy tries a feeble Chuck Norris wannabe move, grabbing the standing room fan by the elbow. The girl next to them tries to break it up, but she only weighs about 110 pounds or so.

I see these shenanigans out of the corner of my eye, leap around a chair, and pull the offending ADA kid off the standing room guy. By doing so, the ADA kid had left himself open for a left, and I wanted so badly to deliver it and knock him out. But we can’t do that. I holler at my supervisor to come over and made the guy sit down in his chair. The police came, escorting him and his friend out of the Stadium. It was a real shame, too. They had acted like jerks all game, and were only 4 minutes away from completely getting away with it.

A few weeks ago, I got to work the Kansas/Boston College game. I found out a few things. Kansas is ridiculously good, and made BC look like a junior high intramural team. BC is nowhere near as good as last year. And Kansas has a lot more fans than you’d think. This was the first sellout of the season for BC basketball, about 8,500 people were there. And about 3,000 of them were chanting “Rock Chalk, Jayhawk, KU” at the end of the game.

Miami came to town the other night, and I got to work in the lobby connecting the visitor’s locker room to the court. It was actually pretty cool. I got to yell at the media and BC people to stop so the team could run through. I saw a little bit of the game. I got to hear the Miami coach berate his players at half-time and after the game. It isn’t a post I’d want every game, but it was still cool.

This weekend is pretty big for ushering. BC hosts BU in hockey on Saturday night. A few thousand liquored up college kids fresh off break should prove an interesting task to handle.

Then of course, there’s Sunday afternoon. The forecast has been fluctuating from 16 to 25 degrees at kickoff, with somewhere between a 10-30% chance of snow. The one thing that is certain is that the wind will be around 22 MPH. So that should be fun to deal with. Then again, I could be an usher in Wisconsin.

And even though it’s the playoffs, and the Pats are 17-0, I’m still a little sad. There aren’t any more holidays left in football season. Halloween was awesome, and Christmas was also nice. 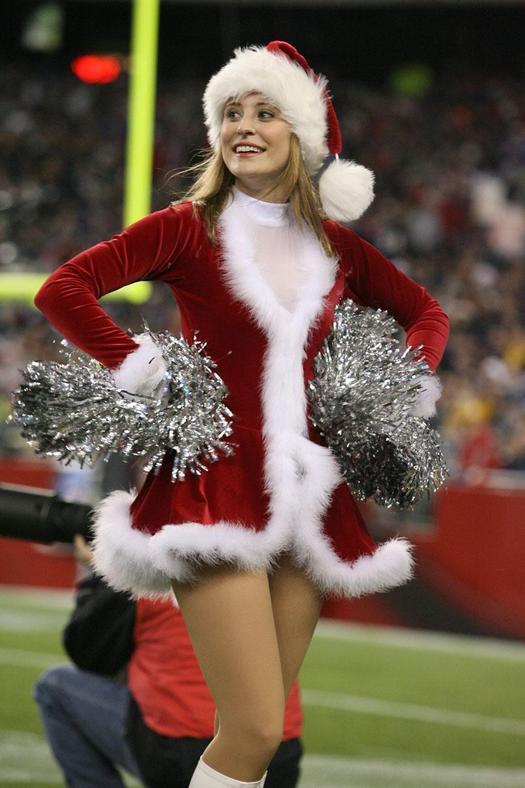