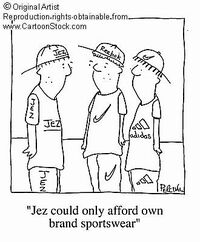 Tyrone Briggs Hall of Famer 36 minutes ago Score 1 Well if he is that damn unhappy at "only" making half a million, then he can quit baseball and make his living doing something else.

With this country headed towards a recession (already in?), these athletes should just shut the fack up about their contracts and keep their business affairs between themselves, agents and GMs.

After reading this I just want to make sure that these comment doesn't go to waste and that we hopefully can discuss this. I went and did a simple search and found the highest salaries for the NBA, NFL, NHL, and MLB

Back in the day, athletes use to be happy to just be athletes and get paid for doing something that they actually enjoy. It wasn't that far of a stretch between the salary of the average "joe" to that of the average athlete "Joe". However, with television leading the parade, the market sky rocketed and billions and trillions of dollars started to pour in. Endorsements, advertising, marketing, merchandise, hell movie contracts, allow these guys to make ridiculous amounts of money. Now I'm all for making your buck because you have worked your ass off and become the elite of the elite but when does it finally become TOO MUCH? Now I probably wouldn't be writing this IF it wasn't for the fact that the economy is seriously hurting right now. People are losing their jobs left and right, people are losing their houses, health insurance, pensions, more and more people are going onto welfare, medicaid, unemployment, so on and so on. Now I don't want to get into a fight about why the economy is going into the shitter, and were other money could be used to help our own country. I don't want to go down that road. But seriously, do these guys really, really, really deserve to earn this much money? to play a game? and more importantly the guy who just lost his job is spending money on the one thing he loves the most... SPORTS, only to give away few dollars left to watch his favorite game.  I'm just guessing, but I'd assume that the average paid person in the lovely USA, spends an entire days salary if not more going to a football game. Doesn't that sound absolutely ridiculous? Same thing goes with coaches, managers, so on and so on.

Now some might argue that if they don't get the money than the owners will get it all..... again, I don't want to argue about that. But what I do know is that there are certainly a few people out there who live in total poverty that could use a hand out and could use some help.

So when is enough enough?

Let me know what you think.