Lots to get to this week, so let's go!

Caught in the Draft 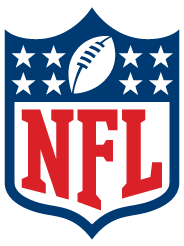 The Best of the Rest

Handing out the honors

Go back in time

We've been around for quite a while – just over a hundred articles in this series, as a matter of fact! So if you're curious about how we handled the NFL Draft each of the past two years, click the links below to fire up the time machine:
Russell, Quinn and Johnson – The draft that gave us Reggie Bush, Matt Leinart (and PacMan Jones)

That's all for this week

Until next week (and boy howdy, will we be loaded), let's all be good sports...

Retrieved from "https://armchairgm.fandom.com/wiki/Article:Armchair_Weekend_in_Review_(April_25-27,_2008)?oldid=126569"
Community content is available under CC-BY-SA unless otherwise noted.