ArmchairGM Wiki
Register
Don't have an account?
Sign In
Advertisement
in: Opinions, Opinions by User Trecole696, March 17, 2009,
and 18 more

Like we've done here at The Giants Baseball Blog over the last few springs, it's time to take a closer look at baseball in general as I will be spending most of the final 2 weeks in March breaking down each team and division in baseball and predicting how I see things turning out this season. So here we go, as always, starting with the AL East and eventually finishing in our very own NL West: 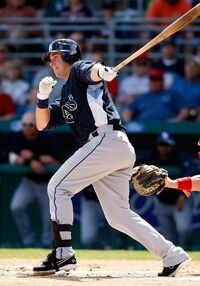 The "wonder team" from last year was no joke and they should be even better equipped to take on the tough AL East this season. They made all that noise last season despite getting full years out of arguably their two best players, Evan Longoria (122 games) and Carl Crawford (109 games). Not to mention, they only got the services of '07 first round pick David Price in September and October. So, with all these youngsters on board for a full season, and improved health to the bullpen, this team could easily repeat what they did last season. They also added Pat Burrell who doesn't seem like a huge add, but he'll be on base all the time and be right around 30 home runs and 100 RBI for that club as it really was a good fit for them. Also, the starting pitching, with the addition of Price, should be amongst the best, youngest rotations in baseball. Again, they're pen is a little thin and they need to stay strong all season, but if they do, I think Tampa will be the team to beat in the East.

The BoSox will still win their 90 plus games and probably end up winning the wild card, but I just don't look at the Sox the same way I did 2-3 seasons ago. Their core is much older now and although they do have some young offensive bright spots in Pedroia, Lowrie and Ellsbury, I think it's safe to say that their offensive anchor (David Ortiz) and the guys surrounding him aren't as good as they were a couple years ago and the lineup is starting to really age. I still do like their starting rotation, as their front 3 could match up with any in baseball and their bullpen is still a strength, led by Papelbon and Okajima. However, I don't think this Red Sox team, as is, has any more World Series victories in it. As much as they wanted him gone, Manny Ramirez would still have made this team the favorites in the division if he were here, but instead, it's Jason Bay. 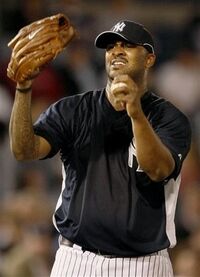 Speaking of teams in decline, the 2009 Yankees are just that. They rebuilt their pitching staff over the winter adding Sabathia and Burnett, but I don't think that will be enough to push them over the top. Like Boston, their lineup is getting older by the year, but unlike Boston, they haven't been able to produce, or keep any of their own homegrown talent lately. The last 2 best position players the Yanks' have developed have been Melky Cabrera and Robinson Cano, and that's been it this decade. They need to start rebuilding from within a bit rather than dig themselves further in a hole by committing big dollars and big years to free agents which ages a team rather quickly. Believe me, I saw it happen over the last 8 years in San Francisco while they kept trying to build around Barry Bonds. Eventually they just need to start doing what's best for the organization, even if it means a year or 2 under .500. I just think the Yankees are gradually getting worse and in about 2 years, they're really going to be a mess. Oh yeah, they probably won't get A-Rod back until late May, and I don't think he'll be at full strength at all this year.

The Jays are really hurting in the starting pitching department where they will be without 2 of their top 3 starters for much or all of the season. Dustin McGowan should be back around mid-season, but Shawn Marcum will miss all of it and that will hurt. The Jays are really counting on some of their younger offensive players to help carry the team. Former elite-prospect, Adam Lind, will start the year as the everyday DH with another former top pick, Travis Snider, getting the nod in left. I also like the Blue Jay's bullpen, if healthy, as B.J. Ryan is one of the better closers in the league and Brandon League and Jeremy Accardo are well above average set-up men. Still though, the Jay's are going to have a rough time scoring runs and keeping up with the rest of the division as their starting pitching just isn't there (after Roy Halladay) and their lineup is a little too thin.

Minors:
C Matt Wieters (will be up in May)

The O's are starting to build a nice, young versatile lineup, but they continue to lack development in their starting pitching department. After about 3 years of trade rumors, Brian Roberts is amazingly still at second base and the top of the order for Baltimore, where he one of the better all around second basemen in the game. The O's also have young outfielders Nick Markakis and Adam Jones who both should have bright futures and baseball's top catching prospect, Matt Wieters, on the doorstep. However, the pitching is lacking. Jeremy Guthrie is solid, and they are expecting big things from Koji Uehara, but after those two, things get real ugly, real quick. Rich Hill and David Pauley were in the minors most of last season, struggling, and the 35 year-old Hendrickson carries a career 5.07 ERA and a 1.45 WHIP. I do like their bullpen a lot though and I think they might have had something here if they would have landed say, C.C. Sabtahia and A.J. Burnett, instead of the Yankees.

Carlos: The Yankee's need to stay healthy in order to compete for a divisional title this year. The most important area for them is with pitching as their injuries last year depleted their chances of competing in the AL east. WIth their offseason acquisitions their is no reason why they shouldn't be in position to take back this divisional title at the end of this season. With steroid allegations and uncertainty facing the organization with A-rod and Matsui right now we will see how this season plays out.